THN 99: So Potent It’ll Get You Pregnant!

Welcome to Episode 99 of the Two-Headed Nerd Comicast!


This week, we discuss the latest round of Marvel NOW announcements, the continuing drama at DC, and the announcement of the new Regular Show comic from BOOM Studios.

Plus, the Comic Pushers are back to force some naive kid into a bad comic habit!

Our theme music is A Better Tomorrow by Dan the Automator. Other music found in this week’s episode was provided by the following sources: Big News Theme — Here is the News by ELO, Ludicrous Speed Round Theme — Fury of the Storm by Dragonforce featuring Dark Helmet, Comic Pushers Theme — Pusher Man by Curtis Mayfield, GI Joe Gets Angry with Humankind by SNFU, Ugly by Fishbone, Hockey Monkey by James Kochalka, Let’s Get Drugs by Zeke, Shaman’s Song: The Journey Begins/Ends by Professor Trance, Baby’s Got Sauce by G. Love and Special Sauce. 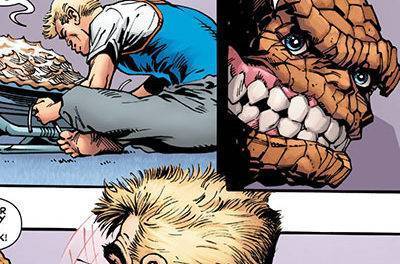