Gems in the Bin is a weekly column where I select a comic book from the $.25 bin at Fanfare Sports and Entertainment in Kalamazoo, Michigan for review. Will I strike gold or will I pay too much for an awful comic that should have been shredded? This week, I am reviewing Batman:  Legends of the Dark Knight #54 from DC Comics.

Look what daddy found last week. I walked right up to the $.25 bin and this was looking right at me. This is an awesome find because we have a Batman title featuring artwork by Mike Mignola. I’m a HUGE Batman fan and a fan of Mignola’s work.

The writer for this issue was Dan Raspler. I’ll be honest and admit I know nothing about Dan Raspler, but a trip down the information superhighway provided me with a brief bio that credits Raspler as the creator of Young Heroes in Love.

Batman comes face to face with the cult leader and this is where the story begins to drag. Raspler decides to pull a James Bond villain and has the cult leader tell Batman in great detail his life story and plans for taking the blood of Batman to restore his powers. Batman comes close to being a sacrifice, but The Dark Knight gets it together and defeats his foe at the end of the comic book. Shocking. I know.

Overall, this was a good comic. Mike Mignola’s work was incredible from start to finish. The story by Dan Raspler dragged on in spots but there was plenty of action at the beginning and end of the comic book to keep me interested.  I wish I could find more gems like Batman:  Legends of the Dark Knight #54.

———————————
TonyDoug Wright is the owner and head writer at Champion City Comics, a webcomics community. Follow him on Twitter (@TonyDougWright). He is also a proud father and is married to the coolest and most beautiful girl on the planet. 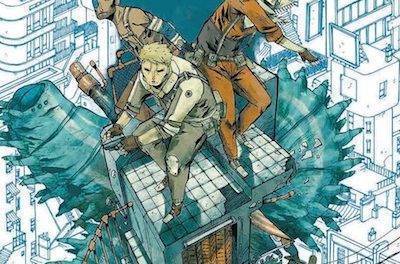