Welcome to Episode 173 of the Two-Headed Nerd Comic Book Podcast!

This week, we discuss the game of Release Date Chicken being played by Warner Brothers and Marvel Studios, Justin Jordan’s upcoming Deep State from Boom Studios, and the pleasant surprise given to Rocket Raccoon creator Bill Mantlo by Marvel.

Plus, we examine the Villains-Turned-Heroes trope in our Ask a Nerd segment!

Our theme music is A Better Tomorrow by Dan the Automator. Other music found in this week’s episode was provided by the following sources: Big News Theme — Big News II by Clutch, Ludicrous Speed Round Theme — Fury of the Storm by Dragonforce featuring Dark Helmet, Ask a Nerd Theme — They’re So Incredible from the Revenge of the Nerds soundtrack, Ridin’ the Wind by The Tornados, (You Caught Me) Smilin’ by Sly & The Family Stone, The Illest Villains by Madvillain, Space Is the Place by Lazerhawk, Minimum Wage by They Might Be Giants, Time Travel by Michael Andrews and Gary Jules, Sometimes Good Guys Don’t Wear White by The Bishops, Crossroads by Bone Thugs-N-Harmony, and other fine songs that are copyright/trademark their respective artists/owners, but didn’t get listed because Matt is still editing as I type these notes. 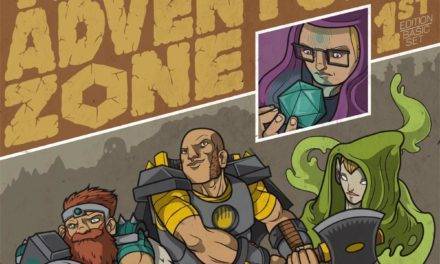 THN 56: Pooping Into the Boom Tube