BE SURE TO STAY TUNED UNTIL THE END OF THE EPISODE FOR A SPECIAL ANNOUNCEMENT!!!

Joe and Matt made it to Episode 50 of the Two-Headed Nerd Comicast! In this episode, Joe and Matt discuss DC Entertainment’s shiny new logo(s), Rob Liefeld’s expanded role in the New 52, and the continuing drama of Archie Comics’ Penis-gate scandal. Plus: the Comic Pushers are back to try and get Michael hooked on Mark Waid’s Daredevil!

Our theme music is A Better Tomorrow by Dan the Automator. Other music found in this week’s episode was provided by the following sources: Big News Theme — Here is the News by ELO, Ludicrous Speed Round Theme — Fury of the Storm by Dragonforce featuring Dark Helmet, Bully by 7 Seconds, Ordinary World by Duran Duran, What Will Remain? by Strife, Batman TV Theme by Neal Hefti, Maze Fortress 1 (from the Contra soundtrack) by Konami Kukeiha Club, Migration by Blues Control, Large Hadron Collider by The Pass. 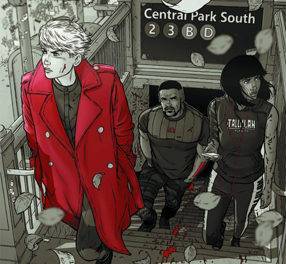 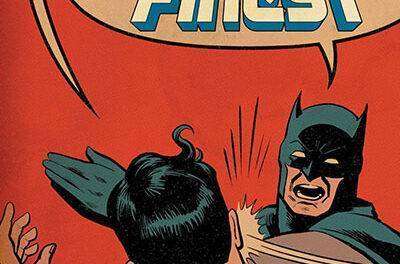