Welcome to Episode 120 of the Two-Headed Nerd Comicast!

This week, we discuss the passing of Fantagraphics co-publisher Kim Thompson, the extension of Robert Downey Jr’s role as Iron Man, and DC’s announcement of Justice League 3000 by Keith Giffen, JM DeMatteis, and Kevin Maguire.

Plus, we go in depth with our Superman Earth One Volume 2 review in Take A Look, It’s In A Book!

Our theme music is A Better Tomorrow by Dan the Automator. Other music found in this week’s episode was provided by the following sources: Big News Theme — Here is the News by ELO, Ludicrous Speed Round Theme — Fury of the Storm by Dragonforce featuring Dark Helmet, Take A Look Theme — Reading Rainbow theme song, Back in Time by Huey Lewis & The News, Woke Up This Morning from The Sopranos soundtrack, W by The Deer Tracks, Angela by Motley Crue, Seasons in the Abyss by Slayer. 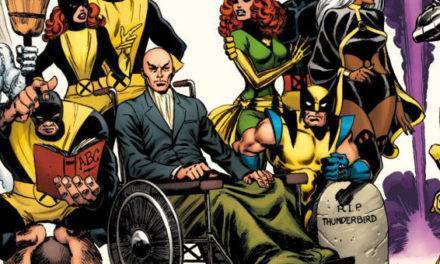