Welcome to Episode 253 of the Two-Headed Nerd Comic Book Podcast! This week, we discuss the 2016 slate of books coming from Black Mask Studios, Jeff Smith’s return to Bone, and the *please god let it happen* possibility of Nathan Fillion appearing as Wonderman in the Marvel Cinematic Universe!

Plus, we debut a brand new segment: the THN Team-Up, featuring the THN Historian Jason Sacks and Anthony Currently Fresiding in Brooklyn!

Our theme music is A Better Tomorrow by Dan the Automator. Other music found in this week’s episode was provided by the following sources: Big News Theme — Big News II by Clutch, Ludicrous Speed Round Theme — Fury of the Storm by Dragonforce featuring Dark Helmet, Don’t You (Forget About Me) by Simple Minds, Eye of the Tiger by Survivor, Over My Head by King’s X, The Goonies R Good Enough by Cyndi Lauper, My Hero by Foo Fighters, The Smithsonian by Henry Jackman, Marvel Team-Up by CZARFACE, I Wish I Knew (How It Would Feel to Be Free), and many other fine songs that are copyright/trademark their respective artists/owners, but didn’t get listed because Matt is still editing as I type these notes. 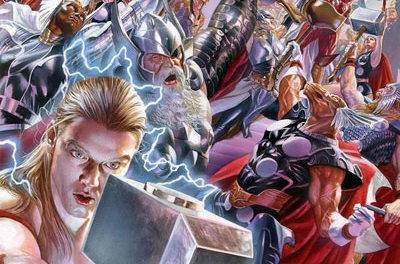