Two-Headed Nerd 258: Rise of the Batmans

Welcome to Episode 258 of the Two-Headed Nerd Comic Book Podcast! This week, we discuss the upcoming series Reborn from Mark Millar and Greg Capullo, our first impressions of Dreamworks Animation’s new Voltron series, and the return of Josie & The Pussycats.

Plus, we return to the old ways and take a look back at the New 52 in our Ask a Nerd segment.

Our theme music is A Better Tomorrow by Dan the Automator. Other music found in this week’s episode was provided by the following sources: Big News Theme — Big News II by Clutch, Ludicrous Speed Round Theme — Fury of the Storm by Dragonforce featuring Dark Helmet, Ask a Nerd Theme — They’re So Incredible from the Revenge of the Nerds soundtrack, Voltron Arrives by John Petersen, Josie and the Pussycats theme, Independence Day End Titles by Nicholas Dodd, Oh Yeah by Yello, Sister Christian by Night Ranger, I’m a Poseur by X-Ray Spex, Look at This Face (Oh My God They’re Gorgeous) by Handsome Boy Modeling School, Best of the Best by Stubblefield and Hall, Oh Danny Boy (traditional), and many other fine songs that are copyright/trademark their respective artists/owners, but didn’t get listed because Matt is still editing as I type these notes. 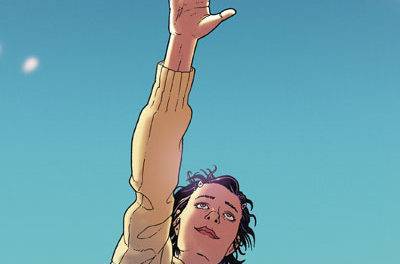 Two-Headed Nerd 227: Too Hot for Bongo