Motor Crush #1 (Image)
Really liked the art and the character grew on me. I want to read more.
Rating: BUY IT

Eclipse #4 (Image)
I liked this first arc a lot and I want to read more. Pick up the trade if you didn’t get the singles.
Rating: BUY IT

Star Wars: Doctor Aphra #1 (Marvel)
If you are invested in the Marvel Star Wars universe you want to read this. Fun first issue. Gonna be a fun series.
Rating: SKIM IT

Glitterbomb #6 (Image)
A pretty predictable end to this first arc. I like the art and I wonder where it will go from here? Check it out.
Rating: SKIM IT

Wonder Woman ’77 Meets Bionic Woman #1 (Dynamite)
This first issue has great covers. The story isn’t too bad either, but I cant say it’s a must read.
Rating: SKIM IT 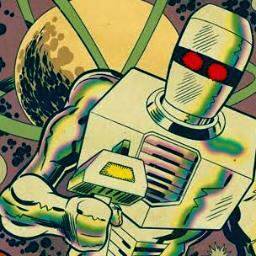