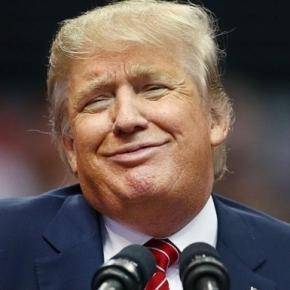 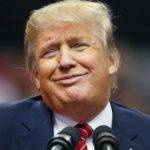 Bill Simmons once said this on his podcast: “I think having the conversations are really important and it doesn’t have to mean I lean on one side or the other… I don’t think people should be afraid to have the conversations.” Newsrama recently released an article concerning the effects the current US President, Donald Trump, could have on the comics market. The comics market also has sub markets based on speculation, and we’re going to speculate a bit in this piece.  None of what is said below is to be taken as fact or guaranteed to happen.  However, to return to Bill Simmons quote, when it comes to comics under Trump, “the conversation is worth having.”

There are many layers to the comics industry, but let’s examine the publishers first.  As reported from Newsrama, “Marvel, DC, IDW, and Valiant print some of their single issues, graphic novels, and collected editions in Canada and overseas.” The President’s proposed tariff of 10% on imported goods could have a major effect on the cover price for the larger publishers.  DC might no longer be able to “hold the line at $2.99.”

While we can imagine the larger companies being able to make do and find ways to make up the margins, a tariff has the potential to cripple some of the smaller international publishers.  Titan, who is mainly printed in Britain, and Amigo, based out of Spain, hold such a small part of the market share and are already at the $3.99 price point for most issues.  Would they be able to turn profits, even with a price increase, and would retailers then be willing to carry those titles if not preordered?

With the high cost of manufacturing print comics, smaller publishers may be forced into a digital-only model.  I find that I consume more digital comics, simply due to the current preorder structure.   While small publishers may save on print costs, most of that would likely be moved over into marketing to make sure people are finding their content.  Little is known about actual sales data when it comes digital comics, so it’s impossible for us to predict if such a strategy is realistically viable to small publishers.

This brings us to our next series of questions and what happens to our local comic shops in the face of the proposed tariff?  Would a small business owner be able to stay open if they suddenly had to cut their margins by 10%?  It seems very unlikely that they would be able to suddenly increase sales 10% on their own without relying on publishers for material they feel is going to give them a sales boost.  Now compound that with smaller publishers moving to digital.  Less stock.  Less diversity.  Another hit to sales.  Some may argue that this could push stores to diversify. They could add games and tables to their store.  They could add a coffee shop.  However, if some shops are going to taking a massive hit, is it reasonable to ask them to invest tons of capital?  Also, how feasible it to add those types of amenities to their existing space?

The thing that makes comics comics is always the artwork.  While we see Kamala Kahn (Ms. Marvel) rising to be the status as a symbol of bravery, standing up to oppression.  Captain America punching Nazis is one step closer to current times, rather than the past.  Comic art will continue to endure and thrive.

Meanwhile, we could be missing out on some of the great art work coming from our international artists.  While artists will never be out of reach in this digital age, we still could be missing out on some phenomenal talent.  If the tariffs extended to hiring artists outside this country, would publishers veer away from hiring great international talent to save on their bottom line? In a state of protest, could international artists seek work in their own countries, staying away from the American comics market?

There is no way to know what is going to happen.  Every one of the things listed above could happen.  Or none of them could happen.  We will know more as the weeks unfold.  We can talk with our comic shops.  We can listen to international creators.  The purpose of the article was not to make a statement. Rather, it was written in hopes that we can all “have the conversation.”

Avengers Vs. X-Men: We All Win