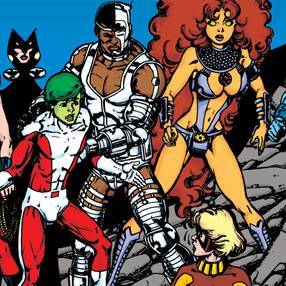 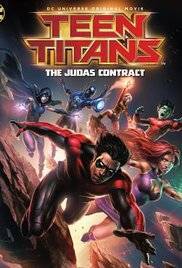 Last season, the Chicago Cubs ended the season as the MLB Champions. It can always be exciting to win something large in sports, but this was special. The Chicago Cubs had not won a championship since 1908. They also trailed 3-1 in a best of seven series, and came back to capture the title. And if that wasn’t historic enough, there was a rain delay that stopped play in the last and final innings while the Cubs seemed to be on the ropes. This all led to an incredible ending and the Chicago Cubs capturing the pennant.

What if you skipped all those impossible odds in retelling the story and jumped straight to the ending? It would sell the event totally short and come across as flat.

Well, DC skipped straight to the end of Chicago Cubs World Series victory and they called it The Judas Contract.

DC Animation betrayed (pun intended) the story and the fans with this newest installment into their animated movie franchise. Mainly because they cut out the events of Tales of the Teen Titans #44, the penultimate chapter to the story.

Deathtstroke has been one of DC’s most valuable villains. Since 2011, DC’s has published more than 50 issues of his solo adventures alone and the character has appeared several times in the CW Arrowverse on television. Why would the writers and producers of this movie cut out the entire sequence of Slade Wilson’s origin story? The only argument one could make was that Slade’s origin was originally tied to the Korean War. However, nothing in particular ties him to that specific era. Marvel did it with the Punisher, updating his origin from Vietnam to the Gulf War, and there is not a single reasonable explanation why they could not do it here.

One of the through lines of the comic version was Dick Grayson’s transition from Robin to Nightwing. While Nightwing was established in DC animated movie continuity long ago, why couldn’t this story have been set in the past? They could have kept Cyborg on the team, since most people still associate him with the Titans. Or if DC is willing to do standalone films like The Killing Joke, why not make this a standalone film as well? Nope. Instead, we get Nightwing five minutes into the film with no mention of him ever being Robin. Then we get Damien as Robin which simply does not add to the story and makes it more convoluted.

It is very hard to put aside the source material in comparison; The Judas Contract remains one of my all-time favorite comic arcs. I had to go back and re-read the issues after the film. One thing the comics did so well, and where the movie faltered, was that whether you were a long-time Titans fan or a new reader, you could have jumped in with the first issue of the comic and were given reason to care about each one of the Titans with 1-2 pages for each character. Finally, Raven’s distrust of Terra and Terra’s paranoia and anger towards Raven should have been a spotlight in this film, but it was glossed over.

None of the emotional beats from the original story are there.

Setting aside the source material, we are still left with some other questions? Was it well done? Was it entertaining?

The animation was lazy and cheaply done. While most fans are desperate for a return of the Justice League or Young Justice styles, this just looked bad. There were times when characters’ faces looked unfinished and rushed. There are certain parts of this story that needed to be shine, mainly the design and look of Terra who is billed as a member of the Titans and Deathstroke’s love interest. However, she was made to look too young, especially in contrast to her male love interest. It came across as creepy and I would be uncomfortable showing this to any child. If this movie was made for kids they did a terrible job and if this movie was made for fans of the comic, then see the beginning part of this review to see how they did there. (Spoiler: Not Great.) [EDITOR’S NOTE: the creepy romance between old-as-heck Deathstroke and jailbait Terra is definitely a key element of the original story, so be careful what you wish for I guess.]

There was some dialogue that felt like nails on a chalkboard. I gave it the benefit of the doubt and thought they maybe pulled from the source material which was written a long time ago and sometimes could come across flat in a modern context. That was not the case – it was just poor dialogue. The prime examples of this came from Deathstroke and the opening sequence where Beast Boy explains to everyone that he is sending out “Twits.” The dialogue set me up to be disappointed from the start.

Even after all that, it comes down to whether or not I was entertained. I watch a lot of wrestling and it does not always have to be good if it does its job of keeping me interested in the story. I must have checked my clock at least four times during this 72-minute film that cut out a huge chunk of story. Was I entertained? No.

After Justice League Dark, there was a lot of excitement based around this film and had I really hoped this would have been a true righting of the ship, but I am now left wondering if I would have had more fun if I had just watched The Jetsons & WWE: Robo-Wrestlemania.

Did you love this movie?  Make sure to call in to Two-Headed Nerd: Cover to Cover this Saturday at 402-819-4894 and tell us why you loved it. Or maybe Joe and Matt will have you on The Defenders segment. That is for them to figure out, I just work here. But make sure to twit, I mean tweet at me @hebruise to check out my upcoming YouTube show for THN and my horror comics reviews over at horror-writers.com.