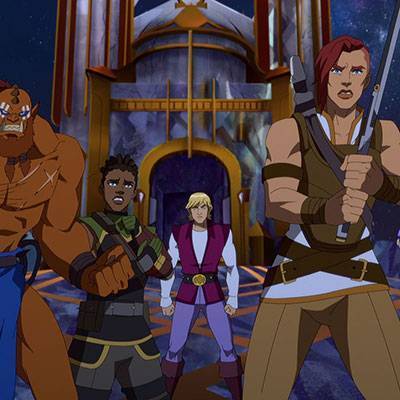 Welcome to THN Cover to Cover 7/24/21: Masters of the Universe Revelation, the Impact of Batman the Dark Knight Returns, Moon Knight & MORE! It’s the best comics call-in show on the whole Internets. This week on the show, we’re mostly gushing about Kevin Smith’s new Masters of the Universe revival, the impact of The Dark Knight Returns on comics, Moon Knight, and, of course, your answers to the Question of the Week.

This week’s question comes from Frank Cerillo courtesy of the THN Forums: I have a friend who is as equally nerdy as I am, who has a controversial opinion. He feels that Frank Miller’s Dark Knight Returns is actually bad, not the story but the impact it had on comics. Most comics post Dark Knight became dark, gritty, and kid unfriendly. So question for you nerds; what comics had such a sweeping effect on the comic industry, good or bad? And bonus question, 35 years along what do you really think about The Dark Knight Returns?

Required Reading: Check out the books we mentioned on this week’s show!