Welcome to Two-Headed Nerd Episode #676, where our sentient Cosmic Longbox has us reviewing comic back issues based on a theme! The ’90s were a hell of a decade for comics with issues of X-Men and Spider-Man and Superman’s Death selling well over a million issues. What could lesser famous comics do to stand out on the new shelves? We present to you a parade of comics with some of the most ridiculous gimmick covers of all time. Wooly Toots called for this one and the Cosmic Long Box is serving it up.  We’ll discuss and review both the covers and the comics using our “Buy It,” “Skim It,” or “Leave It” rating system! 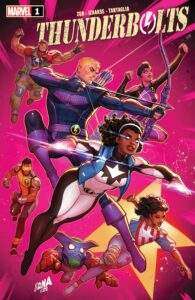 Thunderbolts (2022) #1
Marvel Comics, $3.99
Writer: Jim Zub
Artist: Sean Izaakse
Cover by David Nakayama
Solicit: …LIKE LIGHTNING! Super-powered crooks have taken hostages in Staten Island? A dimensional rift tears open in Chinatown? Monsters running amok at the Met? Call in the THUNDER! New York City’s finest are here to save the day — Hawkeye, Spectrum, America Chavez, Power Man, Persuasion and Gutsen Glory! You know ’em, you love ’em…they’re the Thunderbolts! In the aftermath of Devil’s Reign, the Big Apple has big problems, and it’s up to a new group of Thunderbolts to turn things around. But when Clint Barton gets tasked with heading up this team and proving they can go toe-to-toe with anything the Marvel Universe can throw at them, the first opponent he’s going to have to face is himself. 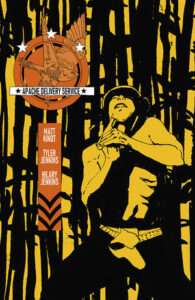 Apache Delivery Service
Dark Horse, $19.99
Writer: Matt Kindt
Artist: Tyler Jenkins
Solicit: Two haunted men are on a hunt in the jungles of Vietnam searching for clues to a missing treasure trove of gold that was stolen from all over Asia by a Japanese general during World War II. Eventually they find a series of hidden caves in the mountains near the coast. Bodies start showing up-murder victims and mutilated corpses. As our warriors travel deeper into the mystery they learn more disturbing facts about each other and become paranoid of one another as they get closer and closer to the gold, while, at the same time, a bizarre serial killer is hunting them down. Collects the four-issue miniseries. 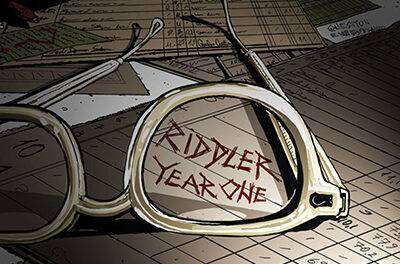