The shoes are finally off and I’ve taken my last steps of the night…Time to look back and reflect on the day’s events!

The THN Crew arrived at the convention fashionably late and decided to spend the first day taking in the sights. There were a lot of people in great costumes roaming the aisles (and some that weren’t so great). Everybody seemed to be having a great time and was generally pretty cool about respecting each others’ space.

The curious case of the Death of Matt Baum continued. You can watch the drama unfold by following the #deathofmattbaum hash tag on Twitter.

It’s interesting to note that, while publishers of all sizes had booths on the show floor – Marvel to Archaia to Dark Horse and everyone in between, DC was conspicuously absent. We know that DC is here – they’re doing several panels and have some sort of virtual tour bus rolling around, but they have no booth on the floor. It’s strange, but what ISN’T strange at DC these days?

Overall, Day One at C2E2 was a huge success! Tomorrow will be spent live blogging the major news panels of the day, starting with Marvel’s Age of Ultron panel at 11am CST, so stay tuned to the site for regular updates! 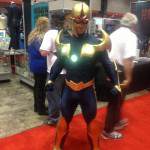 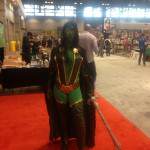 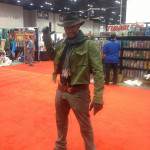 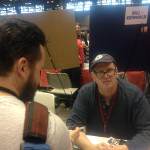 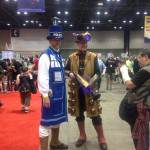