THN 118: It Don’t Matter If You’re Black or Whitewing

Welcome to Episode 118 of the Two-Headed Nerd Comicast!

This week, we discuss the long-awaited return of Zauriel, the latest details of DC’s upcoming Villains Month, and the new Mighty Avengers title coming soon from Marvel.

Plus, Brian DuPont has a question about superhero mommy/daddy issues in our Ask A Nerd segment!

Our theme music is A Better Tomorrow by Dan the Automator. Other music found in this week’s episode was provided by the following sources: Big News Theme — Here is the News by ELO, Ludicrous Speed Round Theme — Fury of the Storm by Dragonforce featuring Dark Helmet, Ask A Nerd Theme — They’re So Incredible from the Revenge of the Nerds Soundtrack, You’ve Got Another Thing Comin’ by Judas Priest, Brothers Gonna Work it Out by Public Enemy, Dead Dog by Religious Girls, Space Age Days by Kansas City Bear Fighters, Saboteur by Amon Tobin, The Brews by NOFX. 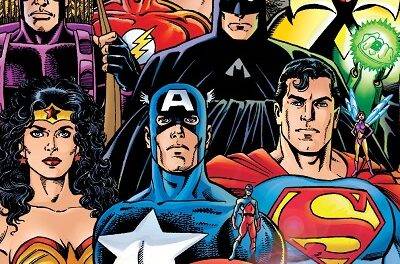