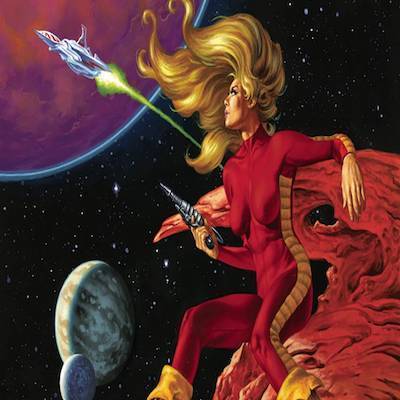 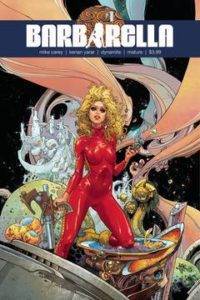 Barbarella #1 Cover A by Kenneth Rocafort


Solicit: Earth’s star-crossed daughter is back! When Barbarella wanders into a war zone, the theocratic rulers of Parosia arrest and imprison her. A prison break is brewing, but now that she knows what the Parosians do to their own citizens Barbarella decides to make this fight her own…


When I was 10-years-old I first encountered Jane Fonda as Barbarella on HBO.  This was back when I was being raised by cable tv in Waco TX.  Now, at ten it’s hard to say I found myself titillated by what I saw but, Ms Fonda’s opening scene definitely changed the way I looked at ladies from then on.

Here Mike Carey does a solid job holding on to the kink of the original film while hitting on some very modern themes of sexism and religious persecution of women.  Much like some Muslim societies the Parosians are an extreme religious sect that believe women’s reproductive organs cause them to rebel and their very passion is what corrupts man.  So of course they’re removed to stop any further problems.

Carey is telling a very kinky story of female empowerment that along with the art of Yarar gives this book the psychedelic feel it needs.  Yarar’s art is amazing at times when he’s drawing space fleets and tech but seems inconsistent from page to page.  Having Kenneth Rocafort Joe Jusko and Joseph Michael Linsner on covers might not be fair though.  He has a very European style that works very well here and keeps the story tasteful enough at its most naughty.

I didn’t come into Barbarella expecting much but both Carey and Yarar obviously did their homework and told a very solid story. 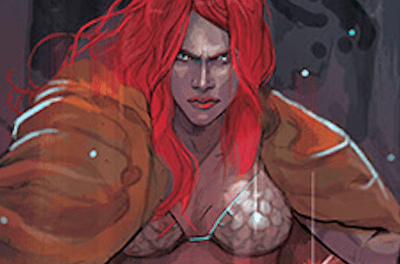