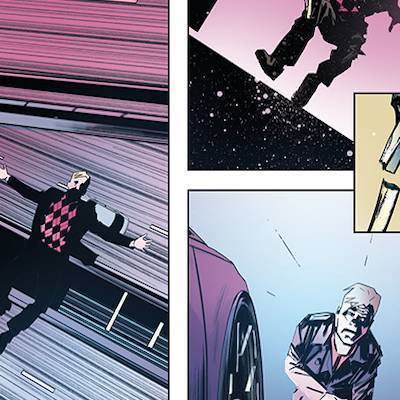 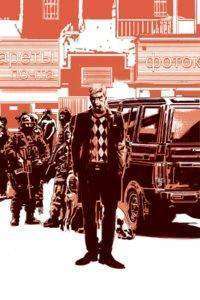 Solicit: There are problems, cases, too strange for US law enforcement to solve. Pitor Wyrd is the one who solves them-for a fee, of course. An un-aging, invincible detective with a penchant for the strange, Wyrd is the one the government calls when things go very badly and very strange.

This issue: Crimea. A failed attempt at recreating a certain US super-soldier. A monster roaming the countryside. A trail of bodies.

On a new comic shelf full of paranormal investigator books, Pires and Fuso introduce us to a new investigator that’s equal parts Hellboy and John Constantine.

While the solicit describes Pitor Wyrd as invincible, he’s less Superman and more Wolverine, able to heal from just about any injury. That said, he does get injured and it appears to hurt too.

While a lot happens in this first issue, it never feels like the story is trying to do too much. The pacing of the story works very well as we meet Pitor, get subtle hints to his background, and see him in action on the job.

Just like the main character, the story is equal parts X-files meets the BPRD as it jumps through time to flesh out Piotor’s past, which seems to have turned him into the smoking and drinking nihilist he is today.

Fuso is wading into Alex Maleev territory here with digital affected backgrounds and HEAVY contrasted blacks, but it works to give the story a heavy, dark feeling and lends a sadness to Pitor’s look. This is definitely sketchier and more stripped down than his G.I. Joe work, reminding me of Michael Gaydos’ earlier work on Alias at Marvel, with elements of Sean Phillips’ Criminal work. I like the direction Fuso is moving with this new look, and it’s great for a character-driven title that’s not a cape book.

Wyrd #1 is a great first issue with a mysterious lead from a shady government background. There was a lot of really good buzz from creators I follow about this new title and now I know why.

GEMS IN THE BIN: THE MICRONAUTS (THE NEW VOYAGES) #11