Reporting from the shores of a subterranean lake in a neighboring chamber to the Ziggurat, it’s your weekly Tales from the Marvel Lake House: August 8th, 2018! So this week, everyone’s favorite conservative Ken doll, Mike Pence launched space force, because apparently immigrants come from space too. Rumors are circulating that Idris Elba could be our next 007, and a man stole a jetliner from Seattle Int’l Airport. So I hope things are calmer 6 months from now.

In this week’s batch of books from the House of Ideas, it seems that secret identities coming to life are all the rage. 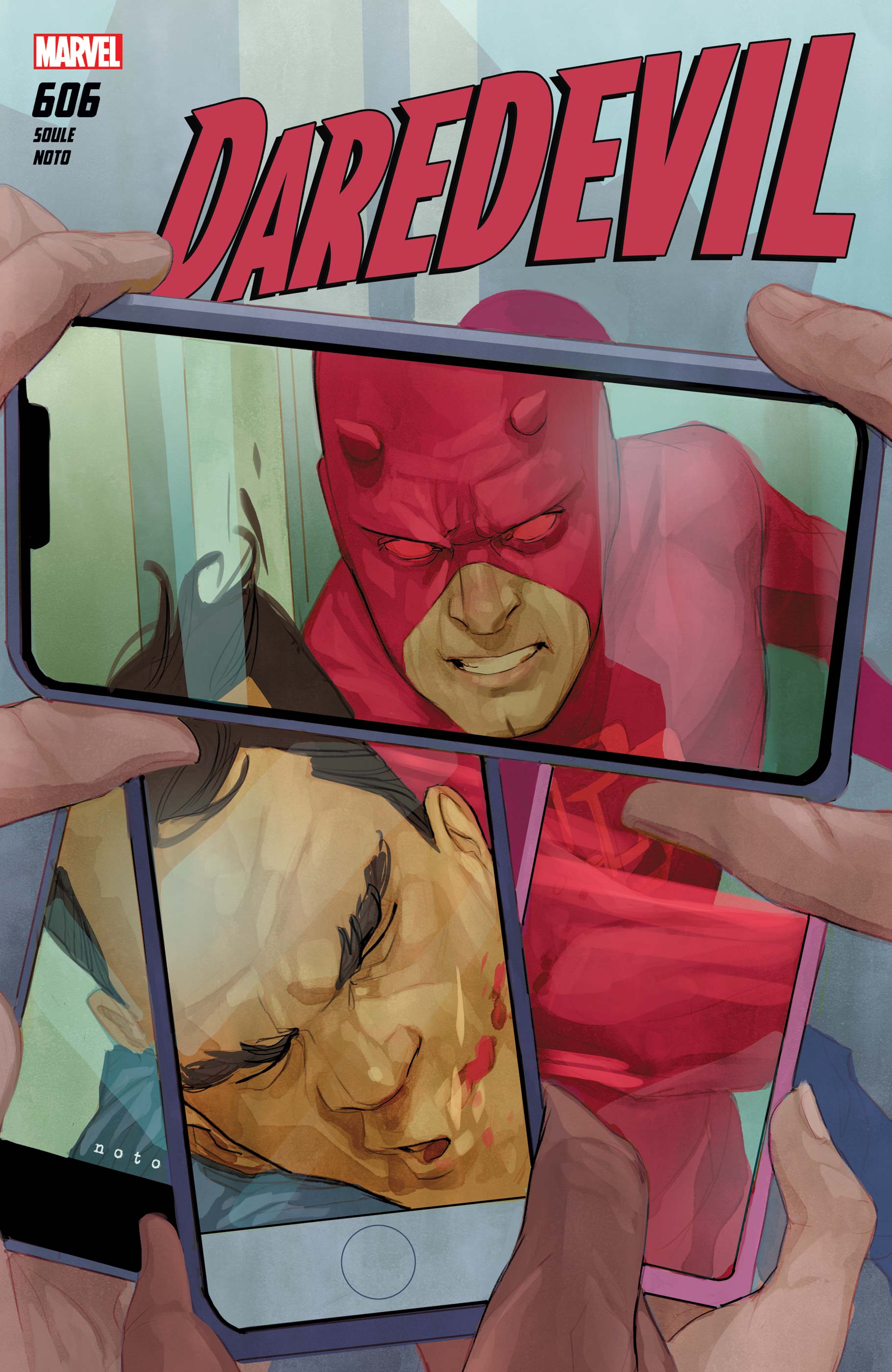 Your Solicit: Spinning out of the events of THE HUNT FOR WOLVERINE: WEAPON LOST, a nightmare Matt Murdock never knew he’d have has come true — MIKE MURDOCK IS FLESH AND BLOOD IN THE MARVEL UNIVERSE! Now, there’s someone running around with Matt Murdock’s face, which can only spell trouble for the Mayor Without Fear!

Spinning out of the vestigial organ of an event that was the Hunt for Wolverine, this is actually a pretty good little back-to-basics story. If it weren’t for the last page reveal, I was almost hoping this could be a return to form for the book. Phil Noto’s art was next level and reminded me of a blend of great DD artists of the past with a little something new thrown in. The hook with Hammerhead trying to make his heist as noisy and noticeable as possible was an interesting twist. The inclusion of McGee and Reader from the Inhumans was interesting, though I do wish the meeting of DD and a fellow blind character wasn’t marred by the whole secret identity retcon thing. Speaking of secret identities, the final page reveal that Matt’s other alter-ego Mike Murdock is a completely separate living person was interesting, if not a little stuntish. It’ll be somewhat interesting to see where Soule takes it, though if his track record is anything to go by with this arc, the first 2/3rds of this book are the closest we’re going to get to a return to form. I hope in the future we get a reboot with someone like Kelly Sue DeConnick, or hell, let’s see if Marvel can answer DC for the Bendis steal and poach Tom Taylor for a run on ol’ Horn Head. Buy it for the first 2/3rds of the book, Leave it for the final reveal. 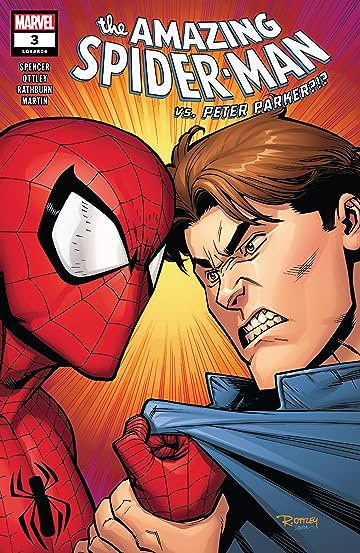 Your Solicit: Things are crazy for Spider-Man. His personal life in turmoil AND the giant TRI-SENTINEL has returned to attack NYC!

My screenwriting teacher in college used to say of stories with too much lead-up, “Man, that house has a long front porch.” While we’re only three issues into Spencer’s run, I’m starting to wonder if we’re ever going to see the house. There’s the strangely reminiscent reveal of Spidey and Peter being separated. I feel like though we get some detail on how they were separated, Spencer’s weird use of flashback and flash-forward, coupled with some strange non-sequitur panels by Ottley and crew, make the story muddled. I know many were worried about Spencer taking on the character. I was hopeful, as I was a fan of the Deadly Foes book and this arc being titled Back to Basics was a sign we were getting more of that kind of thing. However, this stunt of separating Spidey and Peter feels stuntish and frankly, for Spidey, old hat. Couple that with the Mike Murdock reveal in DD and I’m just left scratching my head. Usually, I’m a fan of occasionally siloing the ground level heroes to deal with their own things, but I really feel like Spencer and Soule could’ve talked to each other here. Overall, Nick Spencer has given us a more familiar Spidey with the return of the Parker Luck, but more cloning shenanigans may be just more of the same. Even the hope of Ottley coming off of his run on Invincable has felt lackluster here. Skim It. 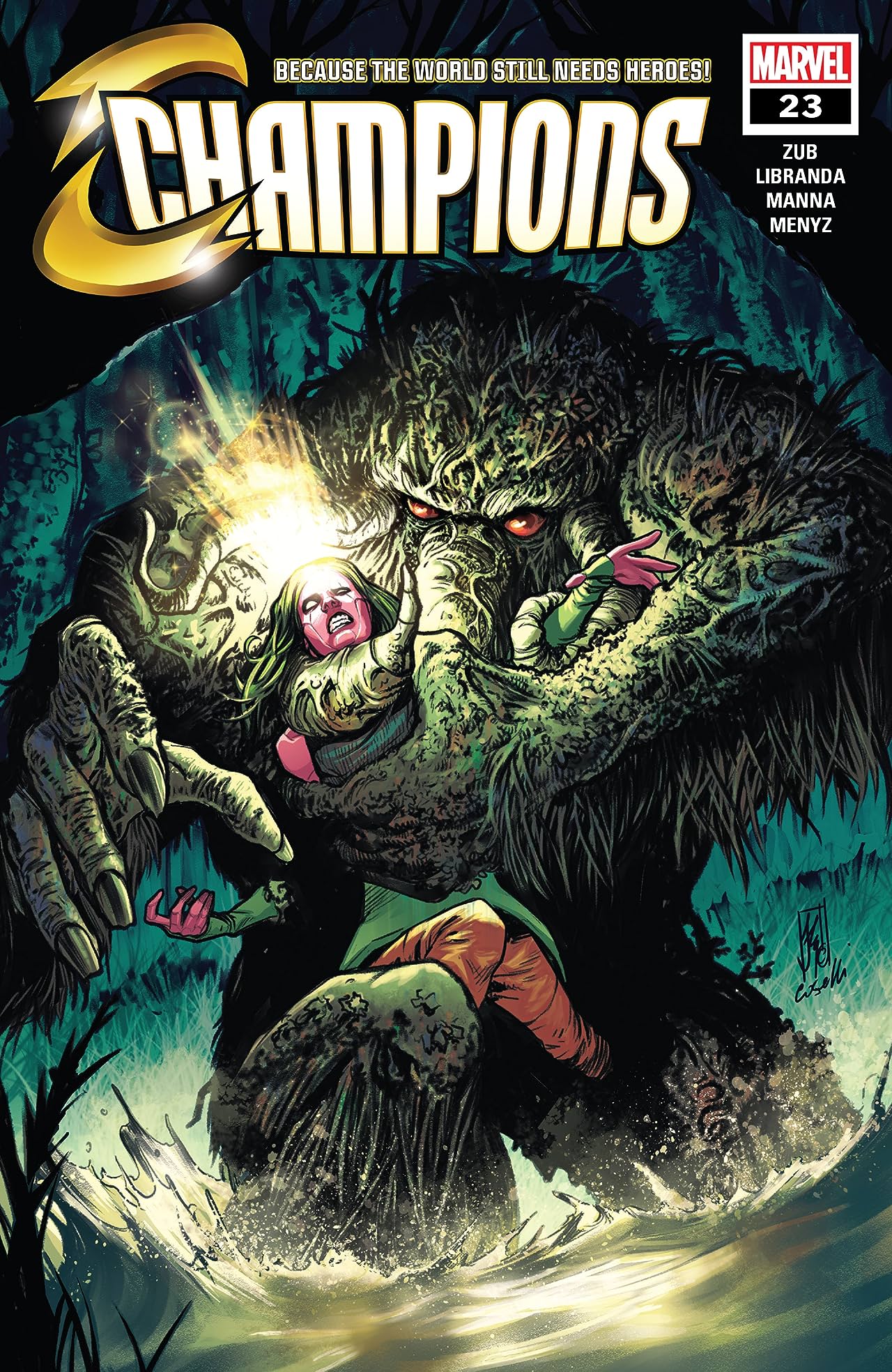 Your Solicit: While Ironheart and Amadeus Cho take major steps forward in their super hero journeys, Nova takes a step back. As the team faces a complicated and dangerous threat, Sam Alexander wonders: is there a future for him with the Champions?

I usually like to have at least one book that I enjoyed to talk about, and this book has yet to disappoint. Jim Zub has an excellent feel for these characters. He’s done an excellent job of giving them a unique purpose beyond being the ‘Kid-Avengers’ or some other B-team. Their focus and aim are different than the other teams mostly due to Ms. Marvel’s influence. Zub’s inclusion of the Inuit character Snowguard gives a good magic counterpoint to the science-heavy team members like Amadeus, Nadia, and Riri. The inclusion of Man-thing in this issue is a clever way to approach Viv Vision’s issues with emotion, something that definitely seems to run in her family. The art from Manna and Libranda is dynamic and delightfully messy, giving a chaotic feel in the actions scenes while still being clear in the storytelling. In a time when there seems to be a dearth of fun books from Marvel, Zub and Co. on Champions never disappoint. Buy it.

——————–
Jeffrey Ketcham is a writer of imaginative fiction in comics and prose. Otherwise, he’s been a professional musician, barista, bartender, and musical instrument repairman. He’s an unabashed geek and aficionado of all things comic books, dogs, genre fiction, good coffee, and Irish whiskey. 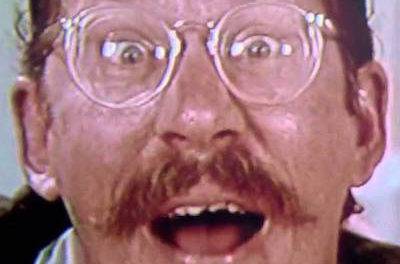 I’d Buy That for a Dollar: Pass the Duchy (Land)