LUDICROUS SPEED ROUND: New Comic Book Reviews for the Week of 5/18/22

Welcome to the LUDICROUS SPEED ROUND: New Comic Book Reviews for the Week of 5/18/22! It’s come to our attention the Reviews section of our site needs some love so we’ll be using this space weekly to talk about some new comics we don’t review on the show. If you’re a long-time-listenerd, you probably remember our short reviews accompanied by glorious power metal. Now you can supply your own soundtrack and relive the magic as we review and rate these comics on our patented “Buy it”, “Skim it” or “Leave it” scale. We’ll be sure to update this post as we read more of the week’s new comics so be sure to check back. But enough talk! 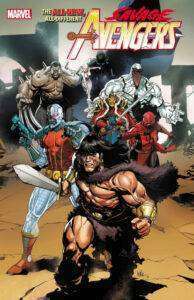 The All-New, All-Different creative team of writer David Pepose and artist Carlos Magno take the Savage Avengers in an All-New, All-Different direction but they still seem to be fighting the same serpent-cult (seriously, why can’t we tie-in the Serpent Society of America here?). This time Conan is fighting them under an underground dance club in NYC but Deathlok (who seems to be a time traveling Terminator now?) pays the Cimmerian a visit to arrest him for crimes against the time stream. I guess Conan has seen guns at this point but can’t Deathlok just shoot him? Anti-Venom and Elektra (in her DD costume) are battling the snake-cult too across town. Weapon H (or Hulkverine as we like to call him) is introduced in the laziest way possible… You guessed it: random street crime. The Black Knight is on the team to be sad and confront Weapon H for REALLY overcompensating when beating up random street criminals. Cloak and Dagger are also sad and join the team by accident or just to bring them all together? It’s not entirely clear but it seems everyone is either mad or sad at everyone and then magic makes them a team, I guess? No spoilers but the end was fairly predictable. If you’ve always wanted to read Robert E Howard’s take on superheroes you might dig Pepose’s style, it wasn’t for me. Magno’s art is always great but it wasn’t enough to make me care about the not-so-new-or-different-outside-of-the-new-lineup-Savage Avengers. Also, Conan is a badass, sure, but he’s not a superhero and I don’t need him to be one. Send him home already. 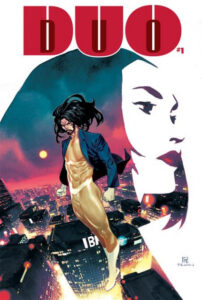 If you didn’t know much about writer Greg Pak and artist Khoi Pham’s Duo don’t feel bad. I didn’t either. Duo is expanding the DC Milestone U on Earth-M with new creators and apparently not much fanfare or promotion. I’m a longtime fan of Pak and his script is very solid here. The story is a take on Firestorm, two people joined into one super-being, only this time they’re a brilliant married couple that created a nanotech for healing, everything, I guess? Go figure, there’s an accident with the tech and the two become DUO! A superhero with… well… nano-machine powers. I’m sure we’ll learn more later. Pham’s art is very good and the colors by Chris Sotomayor make for a fantastic-looking transformation scene. It’s a quick read but there’s some good character design, and a last page that left me wanting to know who these bad guys are, though they may not be new. I admit I have not followed the latest Milestone relaunch so they could be existing characters. I like the idea here and it’s better than any of the Firestorm relaunches of late. Although I still close the bathroom door and don’t even like passing gas in front of my wife, so I can’t imagine what it would be like to share the same headspace. But I digress. Hey DC, this comic is pretty good and ya know what might get it to sell? A little promotion! 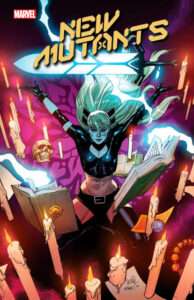 Madelyne Pryor is back and just as body positive as ever (gotta be magic holding that top on). Illyana (Magik) is looking to give up her responsibilities to Limbo and wants Maddy to take over (what could go wrong?) but Wolfsbane, Moonstar, and myself don’t think it’s the best idea. Seriously Magik, you were around for the first Inferno in the 80s. Did you forget the whole “Goblin Queen” thing? Vita Ayala is writing this new Labors of Magik storyline that starts here with Rod Reis on art. Reis is incredible and brings so much style to the book. I didn’t quite get the fairytale spread pages that reimagine Magik as an adorable furry goblin but Reis sure does make them look great. I like the story here though. It makes sense that Illyana would want to get away from Limbo but handing it over to Maddy Pryor seems about as smart as resurrecting Omega Red, but I guess they did that too… I’m glad New Mutants is out of space and back in old-school NM territory like Limbo, but I want to see where this goes before I can call it great. This was fun but the fairy tale thing took me out of it. None of these characters are kids anymore and it’s silly that Marvel still calls them the “New Mutants” at this point, but that’s a different rant. 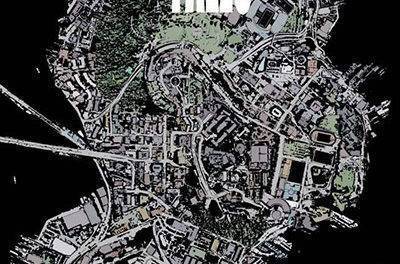 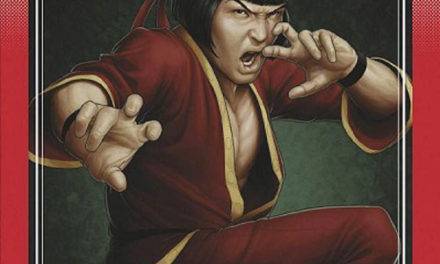