LUDICROUS SPEED ROUND: New Comic Book Reviews for the Week of 5/25/22 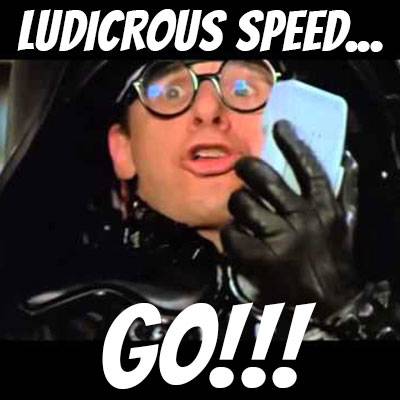 Welcome to the LUDICROUS SPEED ROUND: New Comic Book Reviews for the Week of 5/25/22! Once again your courageous hosts return to talk about new comics they don’t review on the show. If you’re a long-time-listenerd, you probably remember our short reviews accompanied by glorious power metal. Now you can supply your own soundtrack and relive the magic as we review and rate these comics on our patented “Buy it”, “Skim it” or “Leave it” scale. We’ll be sure to update this post as we read more of the week’s new comics so be sure to check back. But enough talk! 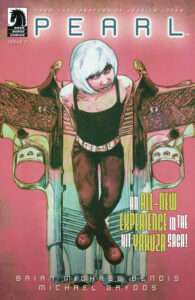 Brian Michael Bendis’ tale of the sexy Asian tattoo artist that took over the San Francisco Yakuza is back, this time at Dark Horse, along with his old accomplice, artist Michael Gaydos. I’m a huge Gaydos fan and he’s doing what he does best here, highly affected photo referenced art that gives the story a film-level realism with a ton of style, including his title pages, which look like they could be an opening credit to any Tarantino film. Bendis’ dialogue comes off as a little old-guy-that’s-still-cool and get’s borderline cringy at times. As usual, he’s dropping SF references to let you know he’s a local and everyone has the same “clever-Bendis” dialogue. Joe used to argue that all of Bendis’ superheroes have the same voice and I’m starting to think it’s bleeding over into his creator-owned work. By the end, I was back on board. I like Pearl, and the new bodyguard is a great addition, but it all comes off as trying a little too hard to be clever. Maybe I’ve changed. Maybe this isn’t BMB’s fault at all and I just grew out of his style. Again, this isn’t bad, but the magic just isn’t there for me anymore. 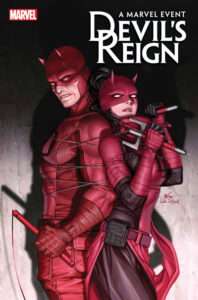 Devil’s Reign comes to its conclusion with 3 stories from 3 creative teams. The first is DD writer Chip Zdarksy telling the story of Matt Murdock’s funeral (it wasn’t Matt that died though, remember? It was his twin bro Mike who was created by Asgardian Norn Stone magic a while back… No, I’m not kidding.) So the public thinks Matt’s dead which allows him and Elektra even more freedom to co-Daredevil. I like the idea but not sure why Luke Cage and Danny Rand are concerned about Matt not mourning the loss of his magic clone bro. He was a magic clone and a bad guy. Good riddance. Great art by Rafael de la Torre who keeps getting better. The other two stories were fine. One is a montage looking at Cage’s new job as the Mayor and the other sets up the new Thunderbolts book but neither was crucial reading. The main story probably could’ve been part of the final issue of the Devil’s Reign mini but Marvel loves these “Omega” cash grab bookends, I get it. 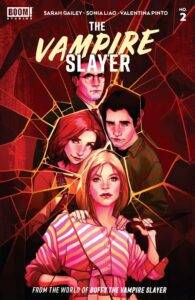 Oh hey look! It’s the Missing Premise! The second issue does the work that the first should have and actually sets up the premise for the series. Unfortunately, it’s too little too late as I’ve already lost interest in this “entirely new universe” that could just as easily be a story in the existing one. There’s already a new artist (Sonia Liao) for some reason, but her strong work does a good job of evoking the essence of the characters without leaning on photo references. 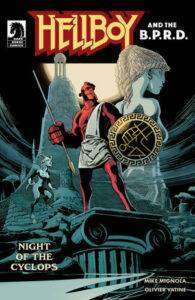 Hellboy and the BPRD: Night of the Cyclops #1, Dark Horse:

The Hellboy Universe may be [SPOILER REDACTED], but I don’t care. I could read these one-off past adventures of Hellboy and the BPRD forever. Mignola and artist Olivier Vatine weave a beautiful fairy tale about Hellboy accidentally stumbling into the middle of a prophecy from Greek mythology and attempting to free a young woman from a sexy goat curse. I SAID WHAT I SAID. Vatine isn’t an artist that I’m familiar with, but his work is gorgeous and fits right into the aesthetic established by Mignola and his collaborators. Give me more of this more often! 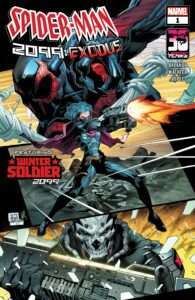 Nothing quite like jumping straight into the middle of a VERY complex story full of characters and concepts you know practically nothing about. My fault though! Turns out I missed the introductory Alpha issue. But thanks to a recap page and Steve Orlando’s strong writing, I got up to speed in no time. I really like the story Orlando is telling here; to say more would be to spoil too much. And I LOVED Winter Soldier 2099. What a great addition to the 2099 Universe. The great Dave Wacther is on art, with excellent colors by Carlos Lopez. I’ve been skipping the modern 2099 books, but I’ll definitely stick around for the rest of this series.