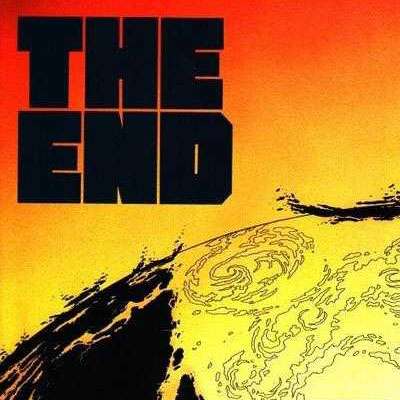 Welcome to Two-Headed Nerd Episode #672, where our sentient Cosmic Longbox has us discussing classic comic back issue reviews based on a theme. This time, our theme is a cautionary tale of what happens when humanity ignores the evidence and finds itself living on a dying planet.  Join us as we apply our confusing rating system of “Buy It,” “Skim It,” or “Leave It” to eight classic back issue comics set on a POST-APOCALYPTIC EARTH! 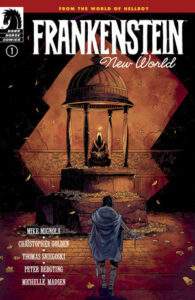 Safely tucked away inside the hollow earth where humanity survived after Ragna Rok, precocious young Lilja receives visions of a new darkness taking root on the surface. Defying her elders, Lilja awakens the timeless oracle–once known as Frankenstein–to investigate the warnings and, perhaps, even explore the new world above. 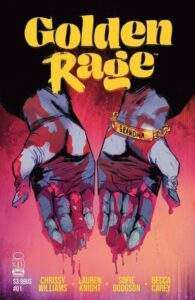 In a world where older women who’ve been deemed useless to society are abandoned on an island, GOLDEN RAGE documents their golden years of making friends, baking dessert, and fighting to the death. 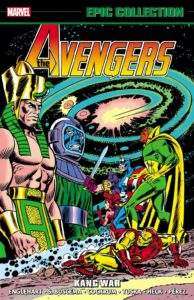 Collects Avengers (1963) #129-149, Giant-Size Avengers (1974) #2-4; material from Giant-Size Avengers (1974) #5, Marvel Treasury Edition (1974) #7, FOOM (1973) #12. Throughout his AVENGERS run, Steve Englehart slowly built the mysterious Mantis into one of ’70s Marvel’s most intriguing characters. Here, her tale reaches its cosmic climax in a saga spanning space and time: “The Celestial Madonna!” When Kang the Conqueror arrives, the action begins. Before it’s over, Kang, Rama-Tut and Immortus will have you time-twisted in two. And that’s just for starters! The origin of the Vision is revealed, and he and the Scarlet Witch wed! Then, the Avengers put out a call for new members. Beast, Hellcat and Moondragon join – while Captain America, Yellowjacket and the Wasp return. Each will be tested in a second war with Kang and the Squadron Sinister! It’s a classic conflict that teams the Avengers with the heroes of the Old West!

Don’t forget about our companion show, THN COVER TO COVER! You can watch the broadcast live on our Facebook page every Saturday from 11 am to noon central time, but if you want to chat or talk to us live join our Discord for more info! If you can’t be there live leave us a message at 402-819-4894, use our Contact THN link 0r shoot us an mp3 to [email protected]. 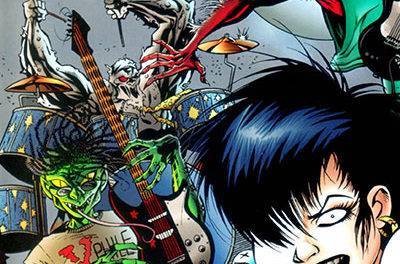 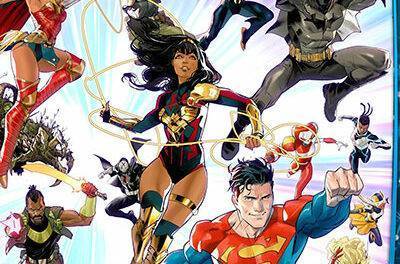 Two-Headed Nerd #604: Prisoners of the Future State Part One