It’s the LUDICROUS SPEED ROUND: New Comic Book Reviews 9/14/22! We’re back with new comic reviews for the week of  September 14th! We read way more comics than we have time to talk about on the show so the rest end up here. If you’re a long-time-listenerd, you probably remember our short reviews accompanied by glorious power metal. Now you can supply your own soundtrack and relive the magic as we review and rate these comics on our patented “Buy it”, “Skim it” or “Leave it” scale. We’ll be sure to update this post as we read more of the week’s new comics so be sure to check back. But enough talk! 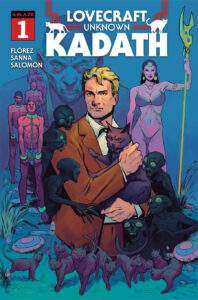 Review: If you know H.P. Lovecraft’s story The Dreamquest of Unknown Kadath, then you know where this story is going and all roads lead to one of my favorite of his Elder Gods: Nyarlathotep! Florez’s story follows Randolph Carter on his own dreamquest into the weird world of Lovecraftian horror fantasy. The tone and dialogue are pitch-perfect. Sanna and Salomon capture the horrors of the Elder gods along with the psychedelic dream traveling perfectly. This might be one of the best Lovecraft comic adaptations I’ve read. This creative team has done their homework and deliver an excellent read for Lovecraft fans looking for quality horror comics. 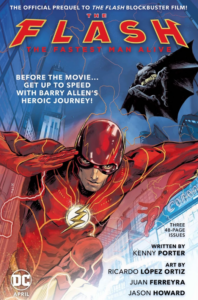 Review: The official prequel comic for the doomed movie that may never see the light of day is here! And not a moment too…soon? Writer Kenny Ortiz delivers an extra-length story about the Snyderverse Flash’s first encounter with a super-villain outside his weight class. You know, except for Steppenwolf and Darkseid’s entire army of parademons. The dialogue is in line with the current film versions of Flash and Batman, for better or for worse, but the story, ironically, moves at an interminably slow pace. But at least we get the origin of Barry’s new speed suit. The art by Ortiz is very dynamic and fluid during action scenes. Unfortunately, it’s an inconsistent mess the second it slows down. Like the upcoming(?) movie, The Flash: The Fastest Man Alive #1 is something that was probably best left on the cutting room floor.