We apologize in advance for Episode 41 of the Two-Headed Nerd Comicast. We recorded really late at night and Matt was fighting off a demonic presence in his throat. BUT, that didn’t stop us from talking about Marvel’s new digital news, DC’s announcement of the return of the Challengers of the Unknown, and the passing of Marvelman creator Mick Anglo. We push Ask A Nerd back to honor the live of rap legend Heavy D with a very special THN Top Five: Our favorite fat guys in comics!

This week, Matt fights through the frog in his throat to bring us his review of Avenging Spider-Man #1 from Marvel Comics. Meanwhile, Joe struggles to piece together the story in Dark Horse Comics’ The Occultist #1. For next week, Matt is looking forward to the next Paul Grist joint: Mudman #1 from Image Comics. Joe is on the edge of his seat waiting to see if it’s Jackee or Marla Gibbs that bites it in X-Factor #227 from Marvel Comics.

Our theme music is A Better Tomorrow by Dan the Automator. Other music found in this week’s episode was provided by the following sources: Big News Theme — Here is the News by ELO, Ludicrous Speed Round Theme — Fury of the Storm by Dragonforce featuring Dark Helmet, The Crossroads by Bone Thugs-N-Harmony, Earth Died Screaming by Tom Waits, Celestial Meadows by Deuter, Magic Man by Robert Winters $ Fall, We Got Our Own Thang by Heavy D and the Boyz, Now That We Found Love by Heavy D and the Boyz and Aaron Hall. 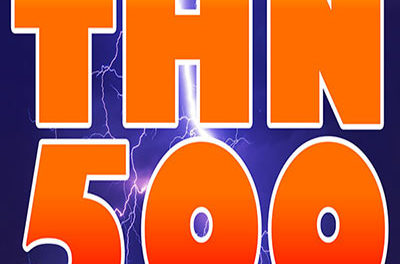