I’m back at the hotel, a questionable mixture of vodka and soda at my side, ready to put a bow on C2E2 Day Two!

As you may have noticed, we spent almost the entire day covering publishers’ panels upstairs in the larger conference rooms. I wish we could have gone to them all, but we are but two men, and a lot of the more interesting panels overlapped with one another on the schedule. So, we narrowed it down to the presentations that seemed like they’d be of the most interest to our readers: Age of Ultron, Superior Spider-Man, and NOW to Infinity from Marvel, The New 52 from DC, Valiant Entertainment, and IDW.

Overall, the panels were a ton of fun, especially Marvel’s. They did a great job of creating an atmosphere of excitement and fun, and brought in an array of creators and editors that were clearly passionate about their work. On the other hand, there was the DC panel which, was full of half-answers and non-announcements. The creators present – Pete Tomasi, Aaron Kuder, Kyle Higgins, and Charles Soule – did their best to seem excited, but the atmosphere in the room was simply dead. Matt had a great time at the Valiant panel; expect a lot of fun stuff coming from that publisher in the coming months.

Of course, the cosplayers were out in full effect. Some good, some bad, but all enthusiastic. See our photo gallery for some of the better costumes to cross our paths.

I cut out a little early to avoid the end-of-show rush leaving the con, but Matt happened upon one Jake “The Snake” Roberts in the Wikia-sponsored bar. He and the newest THN Love Slave “Wooly Toots” shared a shot of tequila with the wrestling legend before calling it a day. Of course, they failed to capture the moment on camera, so their whole story is suspect! Don’t worry about Wooly just yet…you’ll hear plenty from him in the weeks to come.

All in all, C2E2 Day Two was a huge success. We did everything we set out to accomplish, as far as our news coverage. I’m back on the road to Omaha tomorrow morning, so this may be the end of our show coverage this year.  That is, unless Matt can sneak his way back in for the last two Marvel panels before he leaves town. Thank you all for following the site this weekend! We’ll have one final look back at C2E2, and give our reactions to all of the publisher announcements, when we record our big recap show in a few days. In the meantime, enjoy the photo gallery! 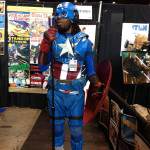 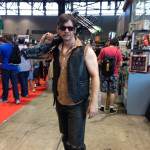 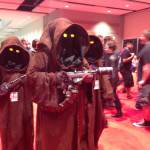 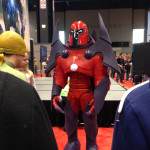 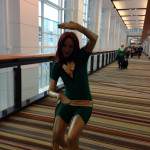 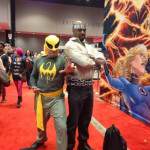 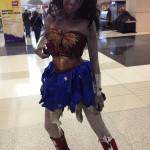