Welcome to Episode 199 of the Two-Headed Nerd Comic Book Podcast!

This week, we discuss the new production deal between Kelly Sue DeConnick, Matt Fraction, and Universal, the optimistic return of Battle Chasers, and the explosion of 80s cartoon revivals coming to TV and Netflix.

Plus, we our good buddy Seanyx from the Signed In podcast gives us the rundown on Mister Sinister in our Who the Hell Is THIS Guy?! segment!

Our theme music is A Better Tomorrow by Dan the Automator. Other music found in this week’s episode was provided by the following sources: Big News Theme — Big News II by Clutch, Ludicrous Speed Round Theme — Fury of the Storm by Dragonforce featuring Dark Helmet, House of Cards main title theme by Jeff Beal, Gun Has No Trigger by Dirty Projectors, Heroin by The Velvet Underground, You Spin Me Round (Like a Record) by Dead or Alive, Who the Hell Are You by The Hormonauts, Sinister by Pentagram, Disco Inferno by The Trammps, Working in a Coalmine by Devo, Weird Science by Oingo Boingo, Nobody Does it Better by Marvin Hamlisch and Carly Simon, Star Trek II: The Wrath of Khan epilogue/end title by James Horner, and other fine songs that are copyright/trademark their respective artists/owners, but didn’t get listed because Matt is still editing as I type these notes. 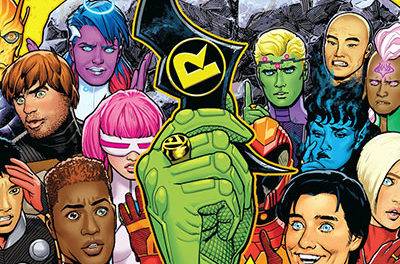