[EDITOR’S NOTE: A Monday morning quarterback is described as one who criticizes or passes judgment from a position of hindsight.  Welcome to the THN version!]

For those of you who have read a couple of my past review’s of DC Animated “in-continuity” Batman films, I have been struggling to find reasons to keep watching and reviewing these movies. Outside of Batman: Assault on Arkham and Justice League: Gods and Monsters, both which were in separate universes, these Batman titles have been hyper violent and poorly voice acted. I was struggling to stay engaged and entertained with these series of films and this newest installment of Batman: Bad Blood was no different. To me, these films were once the brightest spots in the entire line of DC media. Therefore, instead of writing that same slog of a review, I wanted to offer a solution.

Here are the rules:

So here is the story that I wish Batman: Bad Blood had told…

Batman has gone missing. Damien knows that even he cannot stand up to his mother who is surely behind Batman’s disappearance. He must seek out Gotham’s best if he hopes to see his father again.

We set this movie into smaller vignettes similar to Green Lantern: Emerald Nights.

Nightwing- Damien has so much disdain for the original Robin. However, if there is admiration as he will always be one of his father’s most trusted persons. He knows that will come in handy and at the end of the day he always appreciates that Dick enjoys putting on the cowl more than he has ever seen his father. One of the strengths of this newly launched DC line is to show the acrobatics of Dick Grayson so we see him take out a villain like Penguin and his goons.

Batwoman – Batwoman makes a quick work of Killer Croc and in violent matter. Damien continues to follow her, sees the obedience to her father which makes him fascinated with her. Damien leaves and Kate goes into a bar and introduces herself to Renee Montoya.

Batgirl – Takes on the most popular podcaster in Burnside, Livewire. Damien will feel like she is the weakest link of the bunch, but a flashback to a heart to heart between these two characters which endears Damien to her and with misgivings he asks to her to join.

Batwing – Guarding a dignitary who is town visiting Gotham for a summit held by Wayne Industries, there is an attack. Batwing, using technology and gadgets saves the dignitary and tracks and takes down the mercenary who was motivated by disdain of Wayne Enterprises in his country. We end the scene with a phone call coming in and it is Lucious Fox and Batwing says, “Yeah Dad, I am on my way.”

We end the movie with a similar shot the film delivered with each of the Bat Family members that were introduced running and Damien saying, “Let’s go get Batman!” We now have our next movie which has been set up as an Avengers style gathering and let’s fans get excited for the next installment.

… So that is how we fix Batman: Bad Blood.

If you were really hoping for a review of the film, I will say this much. If you like the current film series, then you will be getting more of the same. However, for me, Batman: Bad Blood gets a strong leave it.


————
Ryan Mount is a faithful THN Love Slave and has the best Twitter handle. 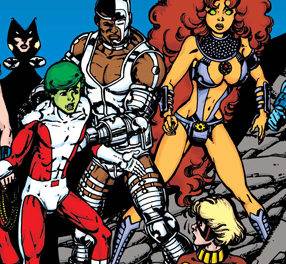