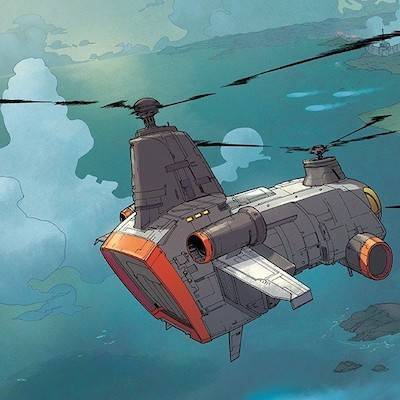 Cover A by Camuncoli

Solicit: SERIES PREMIERE! This November, New York Times bestselling writers SCOTT SNYDER (WYTCHES, A.D.: AFTER DEATH) and CHARLES SOULE (CURSE WORDS, the forthcoming novel Anyone) will team up with artists GIUSEPPE CAMUNCOLI (The Amazing Spider-Man, Darth Vader, Hellblazer) and DANIELE ORLANDINI (Darth Vader) and 2019 Eisner Award-winning colorist MATT WILSON (THE WICKED AND THE DIVINE, PAPER GIRLS) to embark on an epic adventure in the brand-new ongoing series, UNDISCOVERED COUNTRY!
In this special oversized first issue, readers will journey into the near future, and an unknown nation that was once the United States of America-a land that’s become shrouded in mystery after walling itself off from the rest of the world without explanation over thirty years ago. When a team seeking a cure for a global pandemic breaches U.S. borders, they quickly find themselves in a struggle to survive this strange and deadly lost continent!

Review: Let’s start with 44 pages for $3.99. In reality, you’re getting about 25 pages of story and a whole lot of back-matter after that. Which isn’t necessarily a bad thing with a story this bizarre and huge in scope. It’s nice that Snyder and Soule went full Hickman here and gave us a timeline but the full essay on how the story came to be along with the cover process was a little much.

Speaking of the scope of the story, Synder and Soule have created a very convincing real-world near-future complete with excellent designs by Camuncoli and Orlandini. After page one I honestly forgot Camuncoli was even working on the book at all. After finishing I had to go back and look for his style and it’s there but wow has this artist taken a major leap in his work.

The beginning of the story has a very familiar fast-paced drama. There were spreads with lots of specialist talking heads setting up the seriousness of their own predicament, their place in the story and the mysterious communique from the US. Time flashes forward and back like a good Tony Scott film before the book takes a decided turn for the bizarre.

This is a powerhouse creative team setting up a very well fleshed out world fighting for the survival of society while dealing with the mystery of what happened behind the walls surrounding the US.

I can say it’s certainly not what I expected but I trust Snyder and Soule to take me on this ride. If nothing else, I need to see where it goes and the very strong art team pulls you by the nose through the weird story. 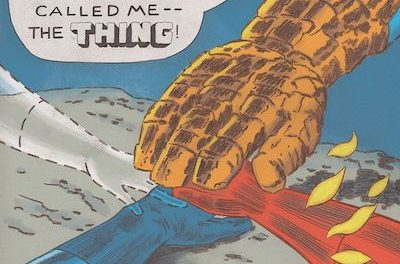