Welcome to Episode 119 of the Two-Headed Nerd Comicast!

This week, we discuss the upcoming live-action Archie movie, the latest Guardians of the Galaxy casting insanity, and the announcement of a Sons of Anarchy comic comic from BOOM Studios.

Plus, the Comic Pushers are back to get some poor tweaker hooked on Superman comics!

Our theme music is A Better Tomorrow by Dan the Automator. Other music found in this week’s episode was provided by the following sources: Big News Theme — Here is the News by ELO, Ludicrous Speed Round Theme — Fury of the Storm by Dragonforce featuring Dark Helmet, Comic Pushers Theme — Pusher Man by Curtis Mayfield, Show Me the System by The Joykiller, and many other fine songs that are © their respective owners, but which I can’t identify due to technical difficulties. 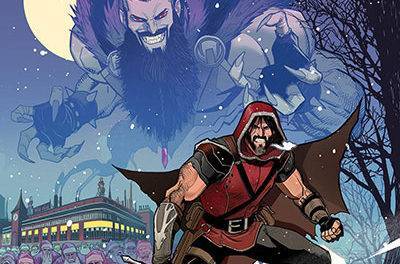