Who would be your “Big Three”?

While listening to Joe and Matt on the Two Headed Nerd Answer of the Week podcast, they mentioned Thundarr the Barbarian. They chalked the reason that the series worked so well up to the idea that each character represented one aspect the hero’s journey: intelligence, brute (force), and animal (instinct).

I connected the dots between those three characteristics and DC’s “Big Three” (Superman, Batman, and Wonder Woman). To me, Batman represents the intelligence. He’s the master detective and strategist. Superman represents the animal. Deep down, instincts are what make an animal an animal. And deep down, we all love that Superman, deep down, is the best of human kind – its instinctive capacity for good and compassion. We see that time and time again in all the best Superman stories. Wonder Woman is the brute or, as I prefer to call her, the force. Superman and Batman always comment on Diana’s strength in one way or another, be it her courage or actual physical prowess.

I was inspired to dive deeper into this theory. If you extend the idea to DC’s villains, you see that each hero’s opposite makes for the best villain. Like Superman, Joker is the animal, but represents the darkness of which humans are capable. Lex Luthor represents intelligence, making him the perfect villain for Superman’s instinctive do-gooder. The clash between instinct and intelligence may also be the reason the relationship between Clark and Bruce is so fascinating. That’s not to say that there aren’t classic Superman vs. Joker (Adventures of Superman by Jock) and Luthor vs. Batman stories (Batman Confidential), but the tales we talk about most are the ones where opposites are matched against one another.

This brings us to Wonder Woman. Maybe one of the reasons that some of her stories don’t hold up is the lack of a direct opposite to the force analog. I tried to think of a villainous counterpart that would represent force: Sinestro. He uses his will, strength, and then fear (all forces) to impose his desires on others.

Brainiac was another villain I considered for force. Though he could fall into the intelligence analog, he has also been portrayed as an unstoppable force, with his compulsion to  collect civilizations and his inability to die, constantly manifesting himself in new ways.

This all brings me to the question posed by Hadley Johnson on the THN Forums: if I were to replace DC’s “Big Three” with new characters, who would I choose? Instead of simply picking my three favorite DC heroes to fill the void, I decided to see if I could find heroes that fit in the mold of the hero’s journey.

First, I chose Tim Drake to represent intelligence, since he’s the best detective in the DC universe. For force, pick your Flash, any Flash. The Flash controls the Speed Force, one of the most powerful concepts in the entire DC universe. As for animal, I asked myself what other characters represent the best of human kind? I am sure you could use any Green Arrow, but the Justice League Unlimited episode where Ollie explores his place as a normal man in a team full of super-powers serves as the best example of what it means to be a human and a hero. Looking at my choices, I realized I just put together a version of the original Teen Titans (Robin, Kid Flash, Speedy). A little disappointing, but perhaps that’s why that team remained relevant for so long.

So I tried to think a little outside the box and find an unusual fit for the Big Three roles. I went with Wildcat as the representative of the best of human kind. He’s a man who has aged, feels the pressure of getting older, and became a teacher to the younger generation. For force, I chose Shazam aka Captain Marvel. His magically-fueled powers overwhelms even Superman. Power Girl was in the running, but I was looking for someone dissimilar to Superman. There were lots of options to choose from for the intelligence role. Ray Palmer, Mr. Terrific, Martian Manhunter… However, I went with Ted Kord, the Blue Beetle, mainly because I’m currently reading the first 12 issues of Justice League (International) and Booster Gold, and there’s a lot of great Beetle stuff in there.

Well, that was a fun exercise! So…who would be in your “Big Three”?

————
Ryan Mount is the newest THN Love Slave and has the best Twitter handle. 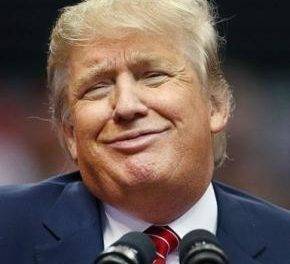