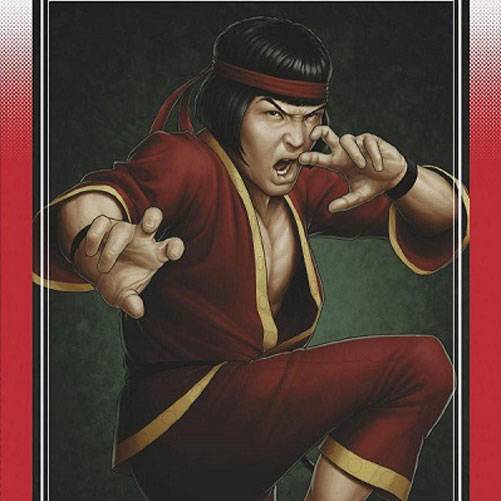 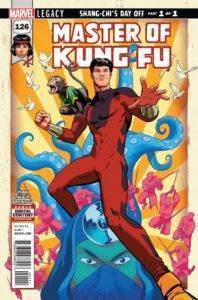 
Solicit: Shang-Chi’s Day Off Part 1 (OF 1)
The Marvel Universe is full of fighters: brawlers, scrappers, weapons experts, mystical kung fu virtuosi. But there’s only one martial artist skilled enough to be called the greatest. SHANG-CHI has been a pinch hitter for a long time, stepping in for Avengers missions when no one else would do, but when no one can match your speed or skill, sometimes it’s best to work alone. To see what you’ve been missing if you don’t know Shang-Chi, don’t miss MASTER OF KUNG FU!


Ex-WWE star and failed UFC fighter CM Punk writes a light-hearted story of Shang Chi and his new monkey friend fighting Doctor Mal Practice and his army of bumbling ninjas and trained animals. Punk tries to write a clever and humorous take on Mr. Chi while exposing the evil of animal cruelty but it just doesn’t work.  The hapless ninja’s banter is, fine, not funny, but fine in a Joss-Whedon-Buffy-dialogue kind of way trying to sound funnier than it is.  I’m curious as to why Marvel even decided to release these one-shots if they’re just going to be completely inconsequential versions of the characters (see Joe’s review of Power Pack #63 in last week’s episode).  I don’t need a tongue-in-cheek Shang Chi story.  Maybe I’m no fun, it’s possible.

Talajic’s art is solid here, he obviously loves classic Shaw Bros Kung Fu films and does a good enough job with the action, but the script isn’t doing him any favors.

Too much narration, uneven art, and an unfunny story that goes nowhere.  This is a waste of a wonderful character that Marvel hasn’t known what to do with for years now. Take a chance on Shang Chi, please.  But not like this.