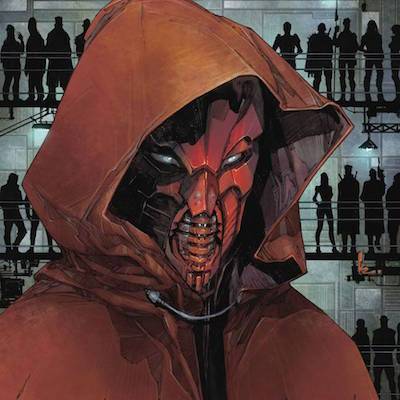 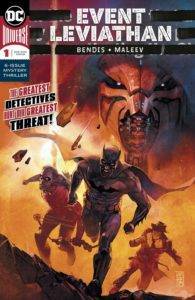 Solicit: The groundbreaking and always-inventive team of writer Brian Michael Bendis and artist Alex Maleev reunite on a mystery thriller that stretches across the DC Universe and touches every character from Batman to Superman to the Question to Talia al Ghul. With startling ease, a newly dangerous and aggressive Leviathan wipes out all its competition and now turns its sights to molding the world into its vision of order. Can the new threat’s growth be stopped…and who’s guiding its new agents of chaos?

After months of me talking about it over and over on the show, Event Leviathan finally kicks of for real with this issue. As Batman scales his way into the latest A.R.G.U.S. facility destroyed by the mysterious Leviathan, he finds that none other than Lois Lane has beaten him to the punch, as she’s conducting an investigation of her own. The pair discover an unlikely survivor in the wreckage and the plot kicks into gear, showing the events that led to the current devastation, and planting seeds of doubt, which causes blame to fall everywhere except where it deserves to be. After months of destruction, we finally get an inkling of Leviathan’s true plan and how he plans to execute it, and the promised team-up of the World’s Greatest Detectives starts to take shape.

Bendis gives us Batman the Detective here, which I really appreciate. I also love the treatment of Lois Lane as a super-competent bad ass. She’s not out there punching out super-villains or anything, but she’s a gifted investigative journalist with connections all over the human and superhuman worlds, she commands the heart of the Universe’s Greatest Hero, and she has the power to take instant command of one of the world’s leading media companies. In the Leviathan Rising special, when the new villain was discussing his plans with the leader of Intergang, she called Lois the most dangerous woman on Earth, and I really love that take.

I love Alex Maleev, but I had my doubts that he was the right fit for a big event book like this. Man was I wrong! Maleev’s dark, angular art adds to the sense of intrigue a mystery like this needs. And while, yeah, it is an “event” (it’s even in the name), no one is shooting green rays at Starro here. It’s a much more grounded story and Maleev’s style totally works. And I love love love his take on Batman.

I know Bendis has his critics. Sometimes I’m one of them. But while you might notice the odd Bendis dialogue quirk here or there, the characters felt on point to me. I’ve really loved most of the work Bendis has done for DC so far, and it’s all been building to this. 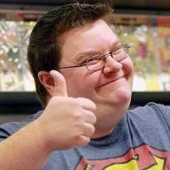